Anthony is the Assistant Director of theTurtleRoom, overseeing all video and audio media production, co-hosting The Pondcast with John, and providing support to the Director. He also authors a portion of the educational resources for the site and works with other organizations (AZA and TSA) and privately to develop quality, detailed captive breeding programs of carefully selected turtle and tortoise specimens in an effort to meet theTurtleRoom's conservation goals. Anthony is a social worker who helps people by day and turtles every minute he's not at work. He has a B.A. in Art from Rhode Island College and uses art therapy with his clients often. Anthony currently works most with Red Ear Slider Morphs (T.s.elegans), Spider Tortoises (Pyxis arachnoides arachnoides), and 3-Stripe Mud Turtles (Kinosternon baurii), Blanding's Turtles (Emydoidea blandingii), Pacific Pond Turtles (Actinemys marmorata), Spotted Turtles (Clemmys guttata), European Pond Turtles (Emys orbicularis), as well as a few other species, including a group project with Steve breeding the Black-Breasted Leaf Turtle (Geoemyda spengleri). His group of P. a. arachnoides are listed in the AZA Species Survival Plan for the species, and the combined G. spengleri project with Steve is also AZA SSP listed. Anthony is a member of the Turtle Survival Alliance, Turtle & Tortoise Preservation Group, and New England Herpetological Society as well as TurtleForum.com, TortoiseBoard.com, and TortoiseForum.org where he can be found as Anthony P. You can contact him at [email protected]. For more about Anthony, head to his bio page.

Vicariously Living Through the Next Generation - April 11, 2016 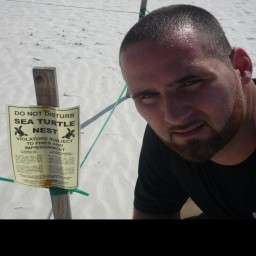